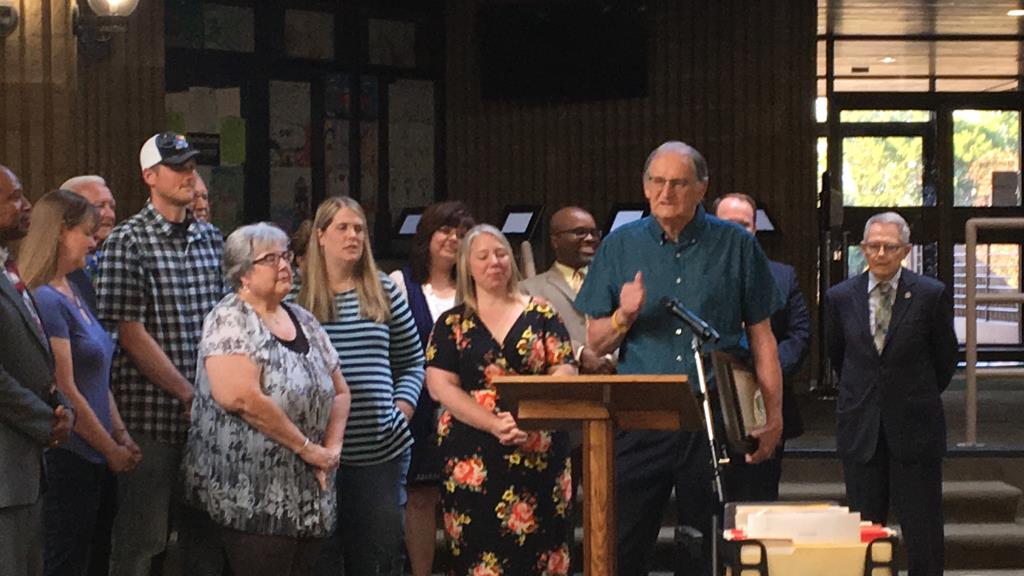 The 2019 Civic Leader is dedicated to making Grandview a better community for all. Mayor Leonard Jones and the Grandview Board of Aldermen have chosen Mr. Charlie Knight for his years of dedicated service.

Charlie has been running the food pantry at Grandview Assistance Program (GAP) for 18 years.  As a volunteer, Charlie has the food pantry well organized and he spends countless hours making sure it has the most nutritious food to give clients. He volunteers at GAP an average of 20 hours a week, and has personally trained hundreds of volunteers. He has trimmed shrubs, cleared sidewalks, emptied and disposed of the trash weekly, implemented and carried out the recycling program for GAP, vacuumed, picked up donations (food, school supplies, Christmas items, and  general goods), and made general repairs in the office.

Knight is also a 2018 graduate of the Citizens Academy and is a familiar face around City Hall.

Knight is a proud 20-year veteran of the United States Air Force and met his wife Melissa while stationed at Richards-Gebaur AFB. They have been married 47 years and have two children.

Grandview Board of Aldermen honored Mr. Knight for his service and leadership at a regular session in July of 2019. Charlie was also recognized alongside civic leaders from other cities at Missouri Municipal League Westgate summer meeting.

When talking about people who work tirelessly to improve the quality of life in Grandview, one name rose above the rest in 2018: Tom Worstell.

Mayor Leonard Jones and the Board of Aldermen chose Worstell to receive the 2018 Civic Leadership Award and honored him and his community service at the Regular Session tonight (Tuesday, July 24.)

Worstell has served as Pastor of Southview Christian Church for 20 years. During that time, he has organized the Grandview Pastors Alliance, Grandview National Day of Prayer, kids' zones at different festivals and volunteered his time to many different city and Grandview C-4 School District organizations and charities.

The Missouri Municipal League- Westgate will honor Worstell at their dinner on July 26, alongside other metro recipients of the Civic Leadership Award. Wortell will also serve as the Grand Marshall of next year's Harry's Hay Days parade. 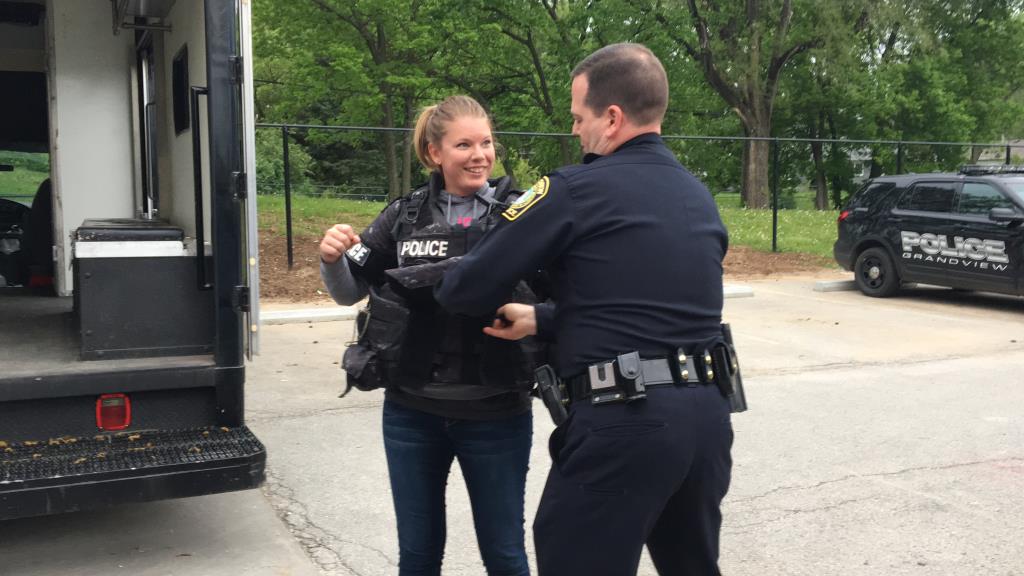 Congratulations to 2017 Citizen of the Year, Liz Ogle.

On Tuesday, July 11, Mayor Leonard Jones and the Board of Aldermen recognized Ogle for being an active member of the community who uses the power of social media to engage fellow citizens and organize them into action.

When complaints about trash along I-49 piled up on a Facebook page, Ogle organized a Pop-up Clean-Up event this past spring. She and a group of volunteers picked up trash along the West Frontage Road and turned the bags into cash using the City’s Trashbusters program. Ogle then donated the money to the Grandview Assistance Program.

Liz also completed the 2017 Citizens Academy and serves on the Grandview Arts Council and is President of the Main Street group.