The preservation of this irreplaceable heritage is in the public interest so that its vital legacy of cultural, educational, aesthetic, inspirational, economic, and energy benefits will be maintained and enriched for future generations of Americans…

Listing of a property in the National Register is important because it:

National Register listing is an honor, recognizing that the listed property is a special place. It does not impose restrictions on the use, sale, or maintenance of the property. Listing a property does not require adherence to specific rehabilitation guidelines unless federal funds are used. Properties currently listed on the National Register of Historic Places in Grandview:

The City of Grandview is one of the 58 communities that is part of the Certified Local Government Program (CLG) under Missouri Department of Natural Resources’ State Historic Preservation Office. The program came into existence as a result of the 1980 Congressional amendment to the National Historic Preservation Act of 1966. A CLG is a partnership between local, state and federal governments for historic preservation and designed to develop and expand standards for historic preservation and emphasize a city’s historic properties from neighborhoods to ornate buildings.

Properties are nominated for Historic Preservation (HP) Zoning Overlay to provide extra protection from inappropriate alterations and unsympathetic new construction. Properties nominated for the HP Zoning Overlay are not always listed on the National Register of Historic Places (and vice versa); however, they may be nominated for local designation as a Historic Landmark, Historic District or Conservation District. Some of the criteria to evaluate a property or district for a local designation include its character or value as part of the development, heritage or cultural characteristics of the community; its unique location that make it an established or familiar visual feature of the neighborhood or community; and its suitability for preservation or restoration. Contact Staff for additional information regarding HP Zoning Overlay evaluation criteria.

A Certificate of Appropriateness (COA) is issued through public meetings by the Historic Preservation Commission (HPC). The HPC is comprised of seven (7) members appointed by the Mayor and ratified by the Board of Aldermen. The COA Review process is outlined as: 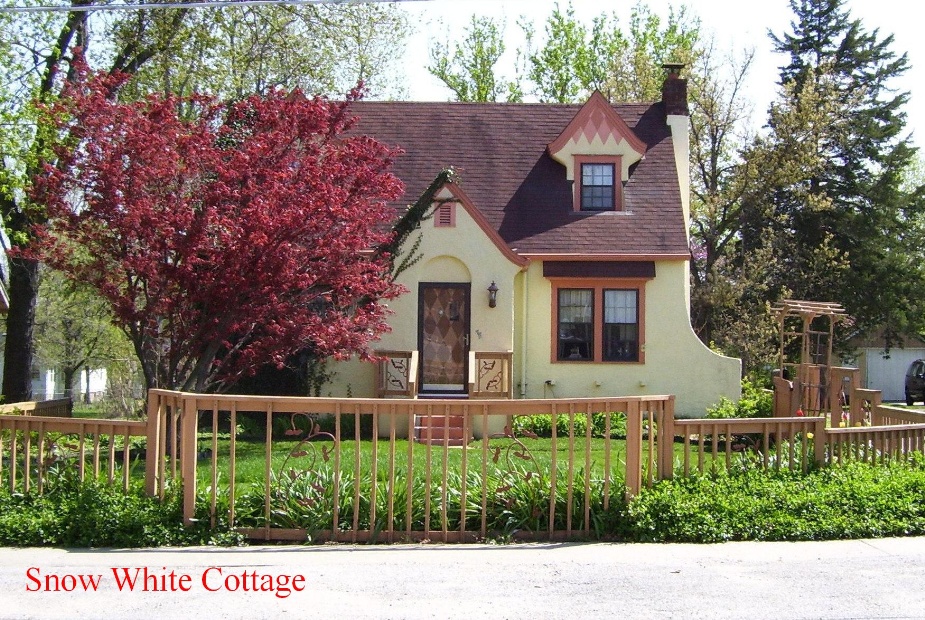 This area of Grandview is historically significant because it represents the first subdivisions of land after the original platting of the Town of Grandview around 1900. This area is architecturally significant because many of the homes were constructed by the Powell Brothers. The house designs were selected from “pattern books”, which are home plans selected from books by the owners. These homes were built in the 1910-1920s and have unique architectural styles such as Late Victorian Queen Anne, Late 19th and Early 20th Century Revival Colonial, Tudor, Mission and Late 19th Century and Early 20th Century American Movement Craftsman/Bungalow.

Although, not listed on the National Register of Historic Places, this area of Grandview possesses special historical, architectural or cultural significance as part of the heritage of the City. It encompasses portions of the original town site plat filed by James G. Feland and James W. Jones in December 1889, specifically the portions from the original plat from Fifth Street to Grandview Road. The Davidson Addition, as recorded by Luther and Ardenia Davidson in April 1912, covers one east/west block from Grandview Road to 10th Street. The Lincoln Lane Subdivision, as recorded by Lincoln & Adah Goddard and Robert & Olga Lyons in June 1946, comprises that portion of the District on the north side of Main Street and extends 156 feet east of 10th Street.

Each of the three areas represents a different historical period in Grandview’s evolution. The original town site represents the establishment of Grandview as a railroad-centered community and its additional function as a postal stop along the railway line. The Davidson Addition was built during a period of Grandview’s history when people realized Grandview as a good economic opportunity, marked by many business ventures opening and rapid town growth. The Lincoln Lane Subdivision was built during a period when the Great depression was ending, World War II was ending and Harry S. Truman walked the streets of Grandview as the nation’s president. Commercial and retail activity within the District is very heavily centered along Main Street and the building architecture is representative of this time period, including some alterations of the front façade.

The City of Grandview approved the establishment of a Conservation District along Main Street because certain properties have been found to possess special historical, architectural or cultural significance as part of the heritage of the City, but of lesser significance than a historic district. This Main Street Conservation District was approved by the Board of Aldermen on November 25, 2008. The approximate boundaries of this conservation district include the properties along both sides of Main Street (from 10th Street to 5th Street) between Goode Avenue and Rhodes Avenue.